The world around us, both animate and inanimate, has been built up atom by atom through a process of self-assembly. For years, researchers have searched for the working principles of self-assembly that can build a cell – the basis of a complex biological organism – or a crystal – a far simpler inorganic structure – in the same way. 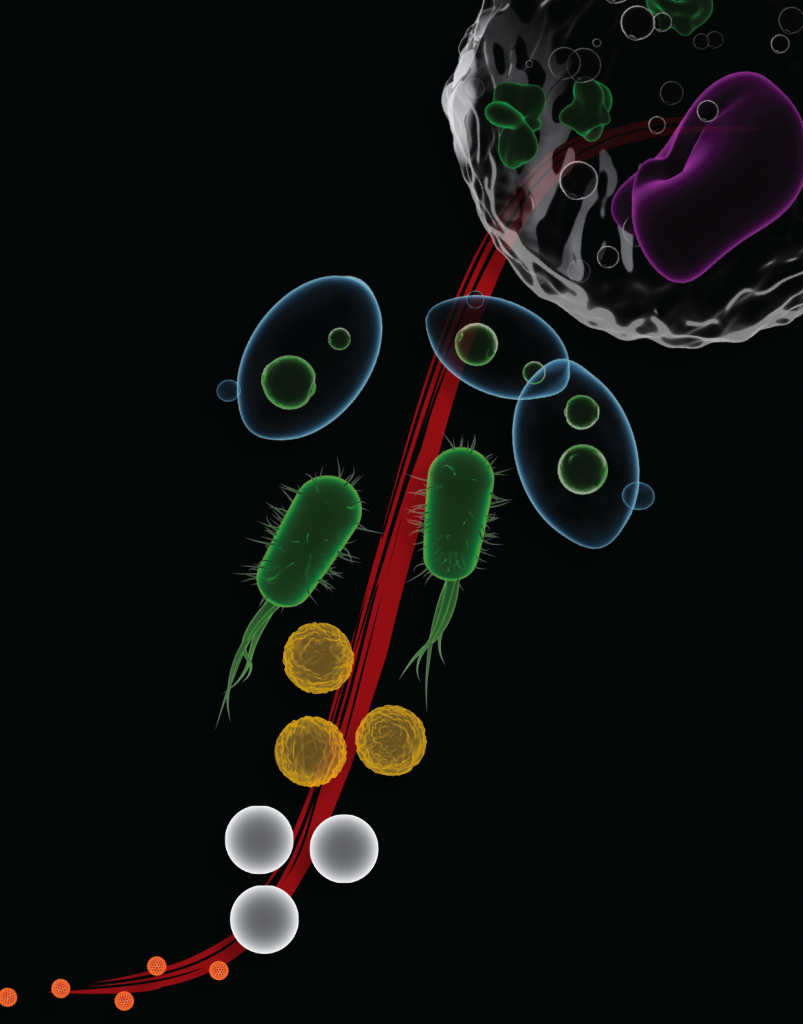 Now, a team of scientists led by Asst. Prof. Serim İlday of the Bilkent University National Nanotechnology Research Center (UNAM) has demonstrated the fundamental principles of a universal self-assembly process that acts on a range of materials, starting from a few atoms or large quantum dots, up to nearly 100 trillion atoms or large human cells. An article describing their method was published in Nature Physics on April 20.

“To initiate self-assembly, either you force the system to deliver a specific outcome, or you use its inner dynamics to your advantage for universal outcomes. We followed the second approach,” said Dr. İlday.

The researchers not only demonstrated the self-assembly of simple as well as complex constituents more than four orders of magnitude different in size and mass, which all come together following a sigmoid function, commonly known as the S-curve. They also observed that, curiously, the individual deviations from the S-curve occur in accordance with the statistics of the Tracy–Widom distribution, which is manifested in diverse social, economic and physical systems.

Assoc. Prof. F. Ömer İlday of UNAM and the Departments of Physics and Electrical and Electronics Engineering at Bilkent, a coauthor of the paper, described the genesis of the project. “Serim and I were attending a math seminar, where we first saw this particular distribution. Serim looked at me and said, ‘That’s it; we need to search for it’; and we did.”

Asst. Prof. Gökhan Yıldırım of the Bilkent Department of Mathematics, who gave the seminar and would eventually be another coauthor of the paper, continued the story. “After the seminar, they approached me. The idea was fascinating, and we started working on it immediately.”

The first author of the paper was Dr. Ghaith Makey, a postdoctoral researcher at UNAM and the Department of Physics. “What motivates us nowadays is to predict and study new examples of systems in Tracy–Widom universality, and understand why it manifests in so many different systems,” he explained.

The team further demonstrated how their method could be useful for practical applications, as highlighted by another coauthor, Asst. Prof. E. Doruk Engin of the Biotechnology Institute at Ankara University. “The possibilities are endless. For instance, an unknown infection is detected in a hospital’s ICU. Instead of waiting for hours or even days to identify the culprit pathogen, within minutes you can take a sample, add candidate drugs and see if they put an end to the infection.”

“It was unbelievable to see how easily living organisms could be manipulated within seconds,” commented Assoc. Prof. Özgür Şahin of the Bilkent Department of Molecular Biology and Genetics and the University of South Carolina in the US. “Such instant control over tiny, speedy quantum matter is in many ways beyond the capabilities of current technology,” added another coauthor, Prof. Hilmi Volkan Demir, director of UNAM and a member of Bilkent’s departments of Physics and Electrical and Electronics Engineering, who also holds an appointment at NTU Singapore. “It can have a real impact on nanotechnology.”

The researchers caution that this is by no means the end of the story, noting that self-assembly research has a long, rough road ahead in order to discover and put into practice the principles of nature. But they are optimistic about its potential impact. “Possible practical uses aside, our method is a great tool for exploring the physics of how driven systems evolve far from equilibrium,” stated Dr. Serim İlday. “This includes epidemics; in fact, our preliminary analysis of COVID-19 data suggests that its fluctuations may be following the Tracy–Widom statistics, just like our system.”

“Even more interestingly,” added Dr. F. Ömer İlday, “our analytical model fits COVID-19 data better than the S-curve does. Seeing all this, we promptly decided to investigate the physics of the pandemic.”