Dr. Emine Ülkü Sarıtaş of the Department of Electrical and Electronics Engineering has been chosen by the “Science Heroes Association” to receive the 2016 Scientist of the Year – Outstanding Young Scientist Award. 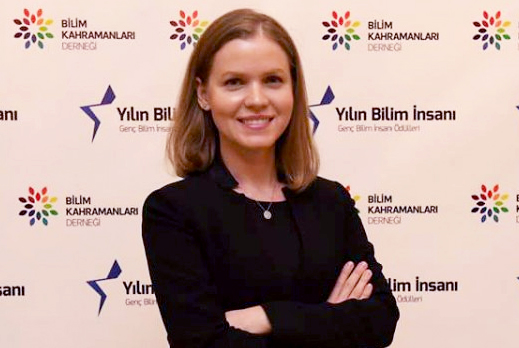 This award is given to scientist under the age of 38, who made significant contributions to the fields of Basic Sciences and Engineering, and pioneered the development of these fields in Turkey and contributed to their visibility in our country. This year, among 122 applications from 33 cities, 6 Young Scientists were honored with this award.

Asst. Prof. Sarıtaş was given the award in recognition of her contributions to Magnetic Resonance Imaging (MRI) and its effects on human physiology. “FOCUS”, the novel MRI technique that Dr. Sarıtaş developed, has been widely used in MRI scanner in hospitals throughout the world since 2014. This high-resolution diffusion MRI technique has also been in use in hospitals in Turkey starting 2015. This technique enables high-resolution imaging of cancer, stroke, and neurodegenerative diseases, with increased accuracy in diagnosis and therapy monitoring. Dr. Sarıtaş also investigates the effects of Magnetic Particle Imaging (MPI) systems on human physiology, to enable the development of new diagnostic imaging systems at human scale.