A new book by Asst. Prof. Efe Tokdemir (Department of International Relations) titled “Battle for Allegiance Governments, Terrorist Groups, and Constituencies in Conflict” has been recently released from University of Michigan Press, one of the leading university presses. 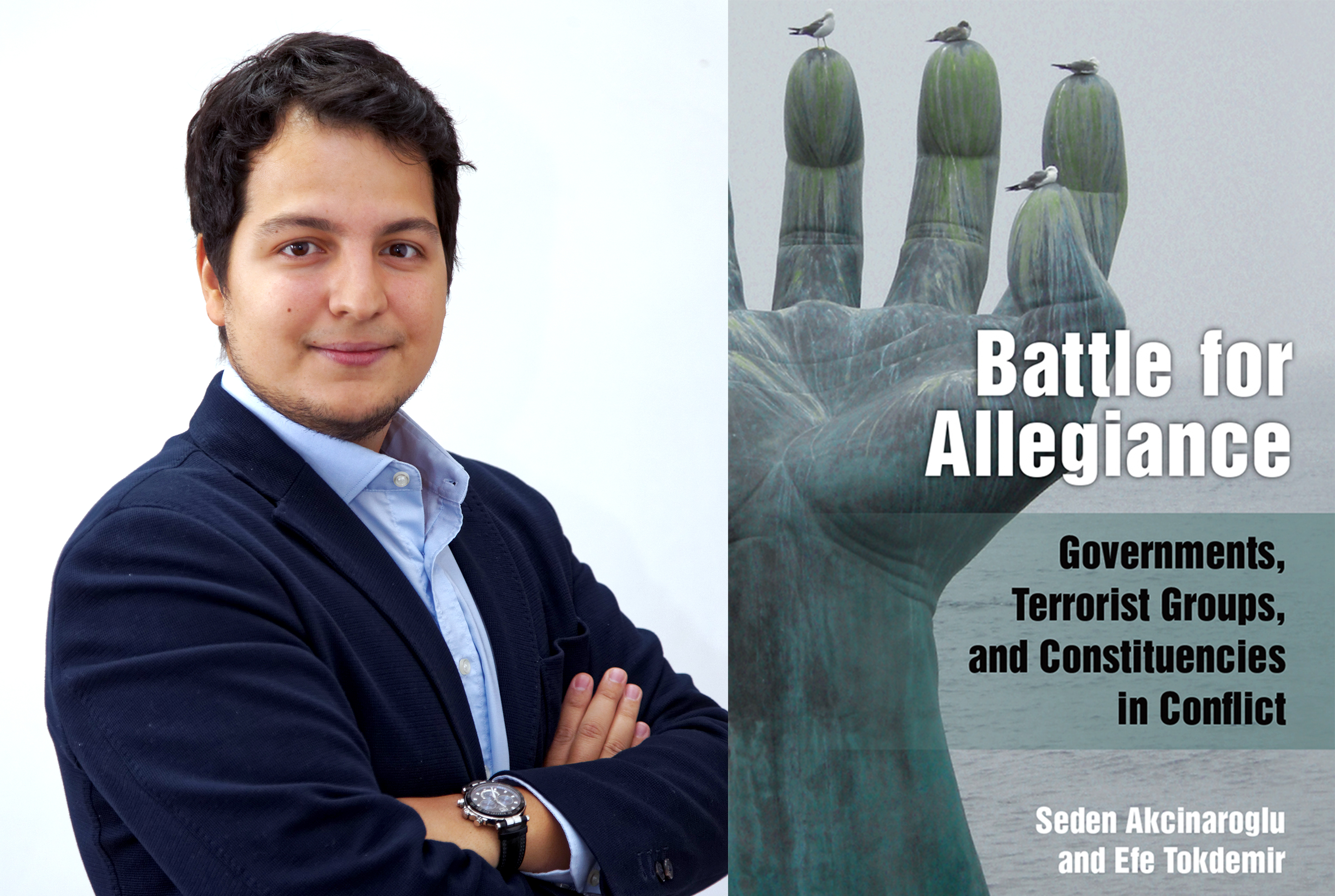 In the book, Dr. Tokdemir and his co-author Dr. Akcinaroglu examine a longtime neglected aspect of conflict processes, and specifically investigate the non-violent strategies both governments and terrorist groups employ to win the allegiance of their constituents.

“Battle for Allegiance” shows violence is neither the only nor the most effective way in which nonstate actors and governments work to achieve their goals. In fact, the competition between the two actors goes far beyond who is superior in terms of military force and tactics; and the hardest battles are fought over the allegiance of the citizens.

Employing a three-pronged methodological approach combining large-N quantitative analysis of an original data, a public opinion survey conducted in Turkey, and qualitative analysis of focus groups as well as in-depth interviews, the book presents the first systematic empirical analysis of the ways in which terrorist groups, the government, and the citizens relate to each other in a triadic web of action.

“Battle for Allegiance” offers a complete depiction of conflict processes by introducing the non-violent aspect of the conflict as well as highlighting the importance of constituents in this strategic battle of gaining legitimacy and support. The book is also highly praised by the distinguished scholars of the field, Prof. Erica Chenoweth (Harvard University), Prof. Kathleen Gallagher Cunningham (University of Maryland), and Prof. Alex Braithwaite (University of Arizona).

For more info about the book: https://www.press.umich.edu/10147268/battle_for_allegiance