Prof. Bilsel Alisbah, former lecturer at Bilkent University, passed away on July 2, 2017. We wish to extend our condolences to Alisbah family and the Bilkent community. 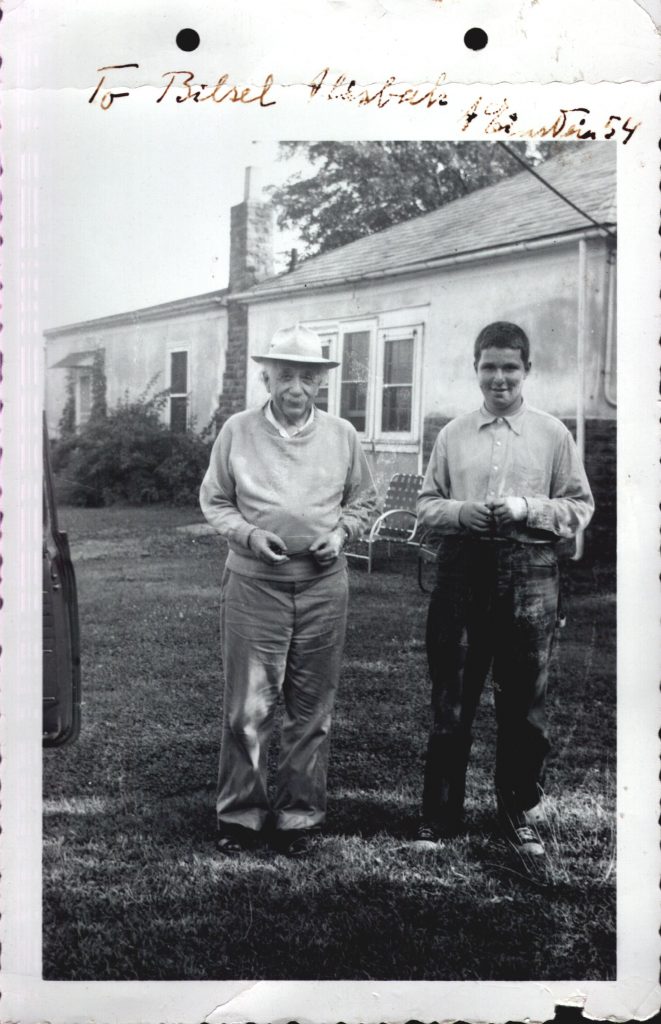 Bilsel Alisbah, the son of Orhan Alisbah, and Albert Einstein at the Princeton Institute of Advanced Studies. At that time the institute had a station wagon car for transportation to the city. Two people always insisted sitting on the front, Bilsel and Albert. Thus they met and became friends. The picture is taken in August 1953 and signed by Einstein in 1954.