Farewell from the Chair of the School Board 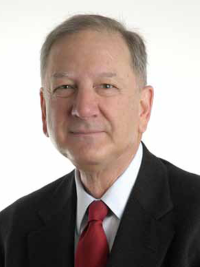 As one of the oldest continuously inhabited urban settlements on earth, Erbil is known for its rich history of tolerance and its capacity to bring together people of different backgrounds. Bilkent’s founder flourished in this Erbil environment. He grew up to serve humanity, promoting better health and education in many places by establishing world-class foundations, schools and universities. The last one he created, the İhsan Doğramacı Bilkent Erbil College, is one of a large family of Bilkent schools. It shares with them the following features:

From the inception of this project in 2008, until mid-2016, the total expenditures of the school (capital plus operating) had amounted to some $54 million, of which over $47 million had been subsidized by the Bilkent endowments. By the summer of 2017, this subsidy will reach $50 million, and Bilkent will then withdraw from the project.

Having built the school from scratch and shown by example how excellent teachers and administrators can be recruited, Bilkent’s departure will be like removing the training wheels and turning over the bicycle (school) to local Erbil people. My fellow Board Members and I are grateful to the teachers and administrators who have come from corners of the world far and near to work in Erbil and to contribute to this wonderful project.

We in Turkey would like our neighbors to connect harmoniously to the world, to be prosperous and to live in peace. The Erbil school project is our modest contribution toward these objectives.

Every year Bilkent’s mission is reiterated in the second page of the annual catalog of the university. The first sentence of the mission statement reads as follows: “Bilkent University was founded to provide an environment for learning and intellectual growth encompassing the sciences, technology, humanities and the arts, to serve human welfare and foster peace on earth.”

Individuals and institutions contributing voluntarily to the well-being of their neighbors, while asking nothing in return, is the Bilkent spirit. We hope our spirit is contagious.