The Royal Swedish Academy announced last week that the 2015 Nobel Prize for Chemistry was being awarded jointly to three scientists for their “mechanistic studies of DNA repair.” 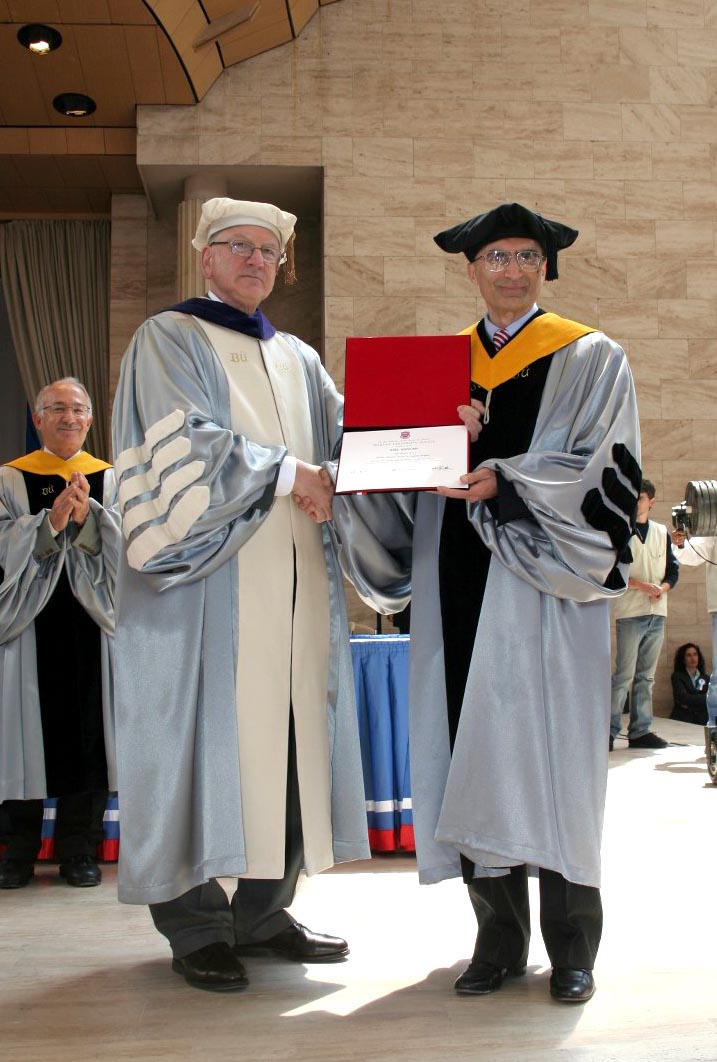 Aziz Sancar, the recipient of an honorary doctorate from Bilkent University in 2006, has been named one of this year’s Nobel awardees for his discoveries on nucleotide excision repair. Dr. Sancar is the Sarah Graham Kenan Professor of Biochemistry and Biophysics at the University of North Carolina School of Medicine. Co-recipients Tomas Lindahl and Paul Modrich discovered two other DNA repair mechanisms, base excision repair and mismatch repair. The three laureates worked independently for more than three decades, mainly on bacterial cells. The fundamental mechanisms that they discovered were later identified in more complex organisms, including humans.

Following the discovery of the DNA molecule in 1953, the scientific community believed that DNA was extremely resistant to environmental challenges. However, this is not true. Due to the insults constantly being incurred, such as UV light, ionizing radiation and the effects of lifestyle factors, DNA accumulates damage, yet remains surprisingly intact. Aziz Sancar and his fellow recipients mapped and explained how the cell repairs its DNA and safeguards the genetic information at a molecular level.

“Their work has provided fundamental knowledge of how a living cell functions and is, for instance, used for the development of new cancer treatments,” the academy noted.

Dr. Sancar started working on DNA repair by studying photolyase, the enzyme that repairs UV-damaged DNA, as a graduate student in Claud Rupert’s laboratory at the University of Texas in Dallas in the US. He cloned the gene for the enzyme and engineered the bacteria to overproduce it. This earned him a doctoral dissertation, but did not secure for him a postdoctoral position. Therefore, he shelved his photolyase studies and took up a position as a laboratory technician at the Yale University School of Medicine to continue working on DNA repair. Here began the foundations of the excision repair research that would eventually result in a Nobel Prize in Chemistry.

An MD graduate of Istanbul University in the late 60s, Prof. Sancar has been a constant guide and much revered voice of wisdom for Bilkent University. Starting from the days of the establishment of the Department of Molecular Biology and Genetics, he has contributed to the scientific endeavors of faculty members and trained Bilkent graduates who went on to become TUBA-GEBIP recipients and faculty members in Turkish universities. Over the years, Dr. Sancar has visited Bilkent on various occasions and delivered lectures.

Aziz Sancar’s achievements are a testament to the importance of research in the fundamental sciences. Members of the Bilkent University community, in particular those in the Faculty of Science, extend their congratulations and express their deepest gratitude to a true basic scientist, and a wonderful mentor and colleague.