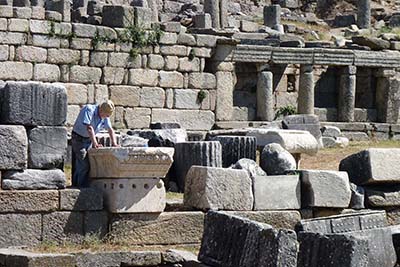 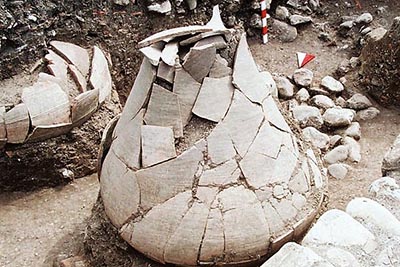 To get the attention of an archaeologist, an artifact generally has to be thousands of years old, or at least a few centuries. While it’s true that three decades would be considered quite young for an artifact, it’s still a very respectable age for an archaeology department – and that’s how old the Bilkent University Department of Archaeology is this year.

The department was founded in the fall of 1988 by Assoc. Prof. İlknur Özgen. Year after year since then, students have entered the department and graduated in their turn, forming a large community of alumni. 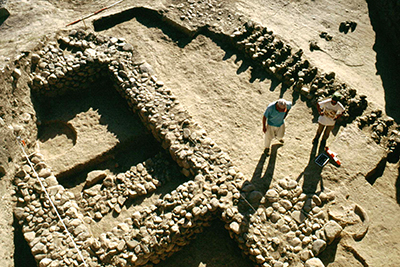 On the afternoon of November 2, former and current students will gather with faculty members to celebrate the 30th anniversary of the department. A very full program, replete with reminiscences of past accomplishments as well as descriptions of current activities, has been planned.

First, the history of the department will be briefly reviewed and faculty members’ research described. Then the floor will be given to the alumni, many of whom are now well-respected academicians in various universities and directors of excavations. And because the study of archaeology can also lead to a career outside academia, alumni who are working in various fields in the public and private sectors will describe how a background in archaeology has contributed to their success in their current occupations.

Next, videos created by Communication and Design students will offer a vivid look at life in the archaeology department, past and present. The afternoon will end with the opening of a photographic exhibit depicting the Labraunda excavations in Muğla province, where some of the department’s students have worked as interns. This is a traveling exhibition, which has been presented in Bordeaux (France), Istanbul and Izmir, and now comes to Bilkent.

The Department would like to invite all well-wishers and archaeology enthusiasts to join its students, alumni and faculty members in blowing out the 30 candles marking the anniversary.

The venue for the event will be the Faculty of Art, Design and Architecture (FADA) building, with the program beginning at 1:30 p.m. in the amphitheater, FFB 06. The exhibition opening will take place in the FADA Art Gallery at 5:30 p.m.

A detailed program for the celebration may be found on the department’s web page, http://arkeo.bilkent.edu.tr, and Facebook page.