The Young Translators Competition for translation and interpretation students, an annual event organized by Turkey’s Ministry of EU Affairs and open to students from all universities in Turkey.
In the competition, participants are judged for their translation skills in one of three languages: English, French or German. 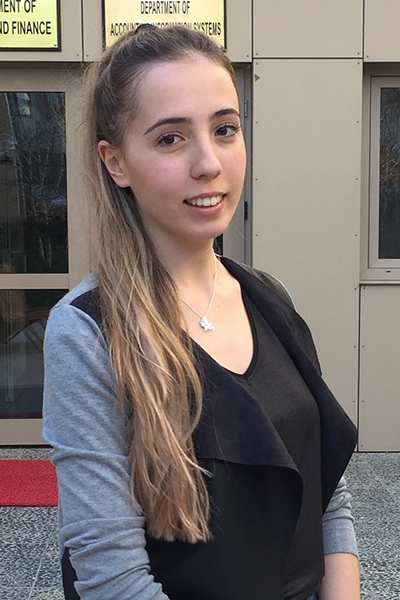 Gülce Atay, a fourth-year student in the Department of Translation and Interpretation, was awarded first prize in French this year, continuing a tradition of Bilkent students placing among the top three in at least one language every year since the competition began. The department’s students have had a particularly distinguished record in French, with Gülce being the fourth Bilkent representative to take first place in that language. As part of her prize, she will be traveling to Brussels, Belgium, to visit the EU institutions.