Home » The Bestowal of Honorary Doctorate 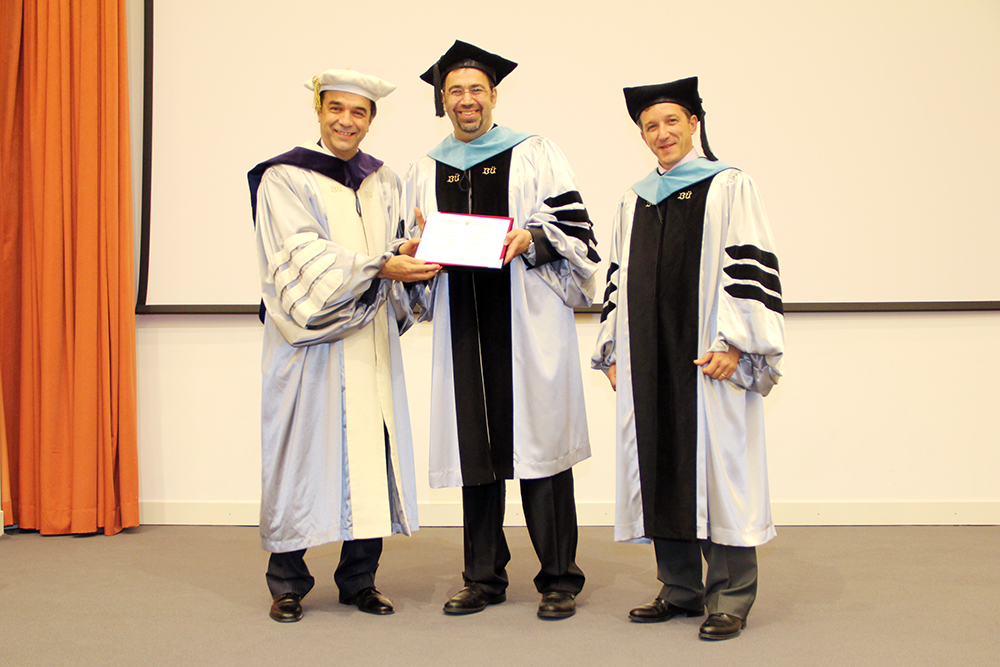 On Friday, July 3, Bilkent University conferred an honorary doctorate upon Daron Acemoğlu, professor of economics at the Massachusetts Institute of Technology (MIT), at a ceremony that took place at the Mithat Çoruh Auditorium. Following a mini concert, Prof. Acemoğlu received his honorary doctorate from Rector Abdullah Atalar.

He is an elected fellow of the American Academy of Arts and Sciences, the Econometric Society, the European Economic Association, and the Society of Labor Economists.

He has received numerous awards and fellowships, including the award for best paper published in the Economic Journal in 1996 for his paper “Consumer Confidence and Rational Expectations: Are Agents’ Beliefs Consistent With the Theory?”, the inaugural T. W. Shultz Prize from the University of Chicago in 2004, and the inaugural Sherwin Rosen Award for outstanding contribution to labor economics in 2004, Distinguished Science Award from the Turkish Sciences Association in 2006, the John von Neumann Award, Rajk College, Budapest in 2007.

He was also awarded the John Bates Clark Medal in 2005, given every two years to the best economist in the United States under the age of 40 by the American Economic Association, and holds an Honorary Doctorate from the University of Utrecht.