National Nanotechnology and Research Center (UNAM) has developed next generation technology in the form of shoes with fiber sensors that have the potential to diagnose many health problems from gait disorders to Parkinson’s. 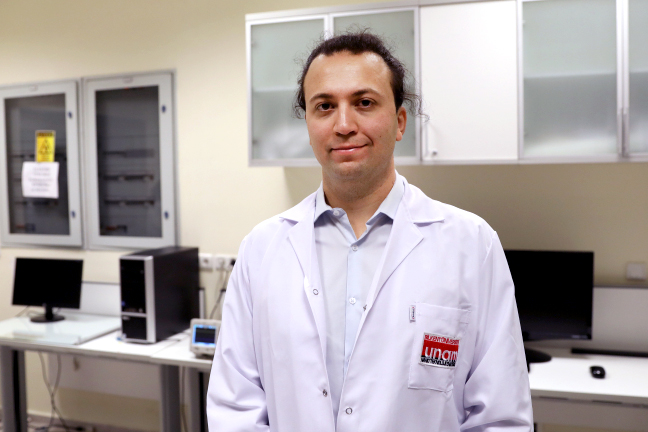 Dr. Mustafa Ordu, who pioneered the development of this technology, stated that he developed the “flexible fibers that can generate electricity” in his laboratory at UNAM and that he continues to conduct research on wearable technologies. As Ordu explained, “Wearable technologies are loaded with smart sensors that can monitor body movements. What makes our team stand out from existing laboratories in the world is that we make smart sensors with fibers and two-dimensional materials.” The fibers can be integrated into clothing by knitting them as fabric thread.

Pointing out that the fiber sensors can continuously monitor heartbeat and body temperature, Ordu noted that for the technology is also promising for widespread use in orthopedics.

In trying to measure the walking patterns of people with the sensors, Ordu explained that “Flat feet are common in many people, and tailor-made insoles are not widely used because they are too expensive. We work in partnership with doctors to develop personalized insoles by determining how much weight is given to which part of the foot with different sensors that we place in a shoe. We plan to eliminate walking problems over time by making personalized insoles.”

He went on to state that, thanks to the team at UNAM’s efforts to enable smart phone integration, the sensors can also be used in the early diagnosis of neurological diseases such as Parkinson’s by detecting the differences over time in the gait of those at risk.

In addition, when placed under the shoes, the fibers have the potential to charge technological devices such as phones, as they have the capacity to generate electricity.

Dr. Ordu said, “We have developed a technology with very wide applications. These technologies have a very serious market share in the world. There are many companies working with this technology in the USA, Europe, and the Far East. The economic return of using these technologies in Turkey is very high.”