The Departments of Turkish Literature and History have collaborated to transliterate 100 issues of the newspaper “Hakimiyeti Milliye” (National Sovereignty), published recently by the Ankara Metropolitan Municipality. 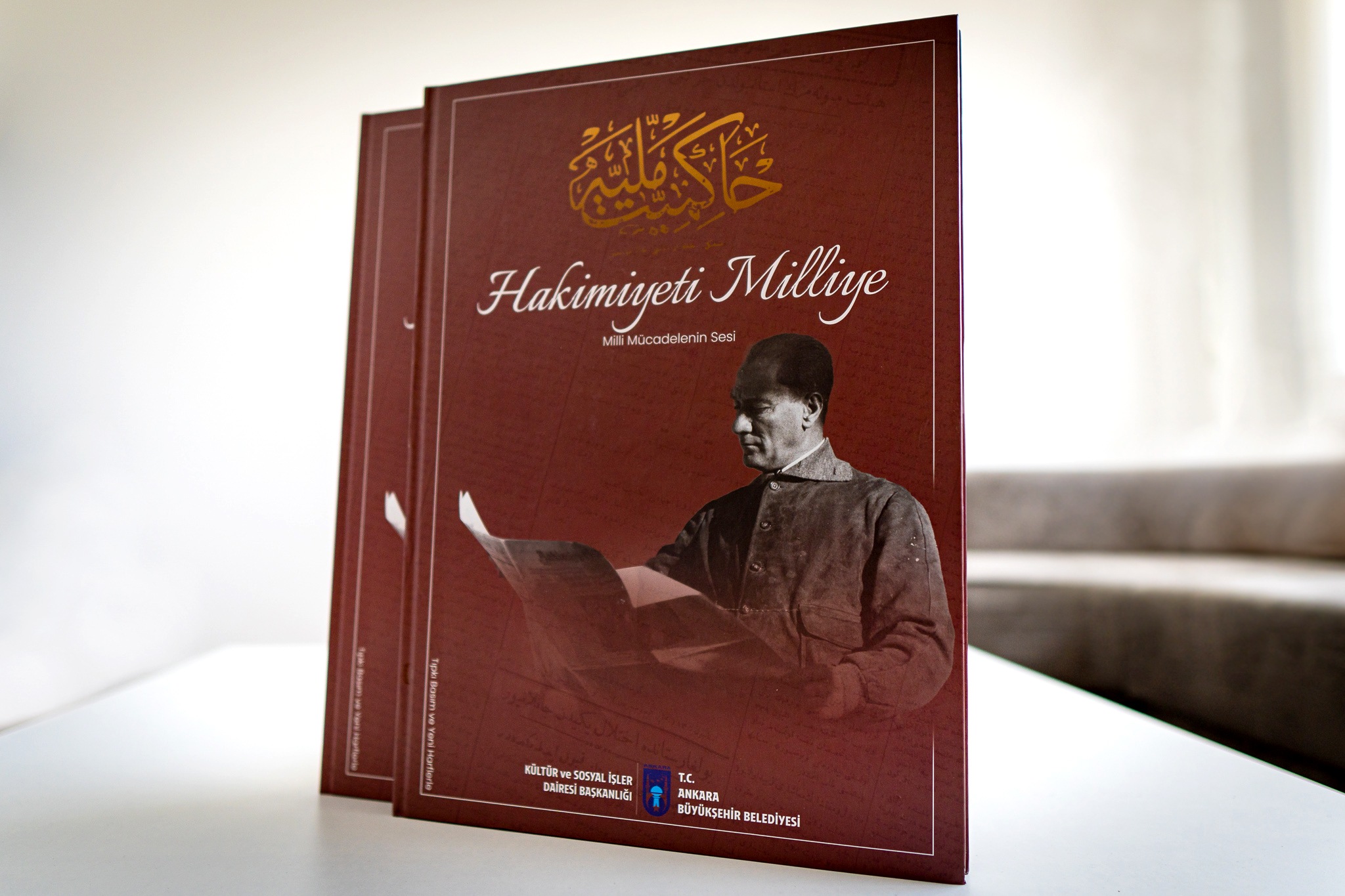 The project is important because it has made “Hakimiyeti Milliye” accessible to today’s readers. The newspaper was first published immediately after Mustafa Kemal Atatürk’s arrival in Ankara on December 27, 1919, and it became the voice and representative of the National Struggle in Anatolia during the War of Independence. Initially it was printed in the Arabic alphabet, but from 1928 onwards it was published in the Latin alphabet following the Alphabet Reform that came into effect that year.

Under the supervision of professors Mehmet Kalpaklı, Özer Ergenç and Yusuf Oğuzoğlu, the transliterations were made by Aslınur Memiş and Gizem Ünal (from the Department of Turkish Literature), Fatih Alıcı, Ayşenur Dağlı and Said Dağlı (from the Department of History) and Aylin Kahraman Kaptan (Department of History at Hacettepe University and alumna of the History Department at Bilkent). The book, published by the Ankara Metropolitan Municipality, Department of Culture and Social Affairs, contains digital images of the front pages of 100 issues of the newspaper and the relevant transliterations, plus an introductory article by Prof. Kalpaklı.

In addition, a short documentary about Hakimiyeti Milliye has been filmed. Özer Ergenç, Mehmet Kalpaklı and Ayşenur Dağlı discuss both the Hakimiyeti Milliye newspaper itself and the transliteration project, and professors Seçil Karal Akgün, Mehmet Seyitdanlıoğlu, Korkmaz Alemdar and Hadiye Yılmaz Odabaşı share their knowledge and opinions about the newspaper and the years of the National Struggle.