Dr. Ioannis N. Grigoriadis of the Department of Political Science and Public Administration has authored a new book, “Democratic Transition and the Rise of Populist Majoritarianism: Constitutional Reform in Greece and Turkey,” published by Palgrave Macmillan. 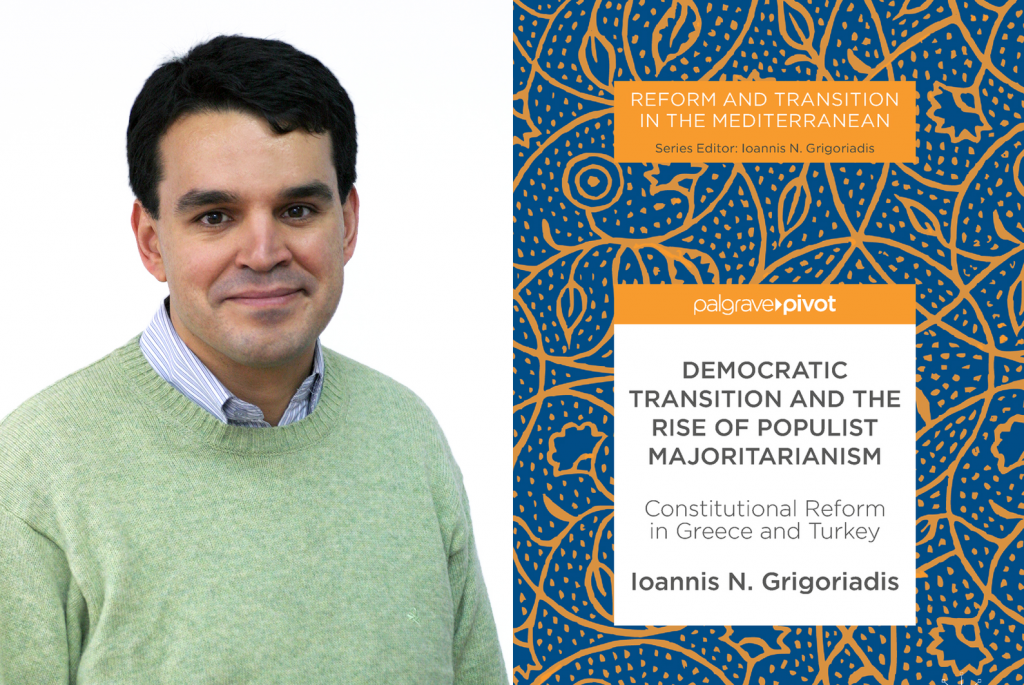 The publisher’s notes describe the book as a comparative study that “explores the impact of populist majoritarianism on Greek and Turkish democratic transition” and continue, “Using case studies from Greece and Turkey, the author argues that while majoritarianism is often celebrated as a manifestation of popular sovereignty, it can undermine institutional performance and even stifle the process of democratic consolidation, contributing to a confrontational and inefficient democratic regime in cases of transition states where levels of social capital are low and social polarization is high. It is shown that building up a ‘mild democracy’ requires maturity of institutions and an efficient system of checks and balances and implementation control mechanisms, while building consensus and trust in societies torn by ethnic, religious and ideological divides is not a luxury but a permissive condition for democratic consolidation and economic prosperity. This book will be of use to students and scholars interested in the fields of Greek and Turkish politics, comparative politics and democracy.”